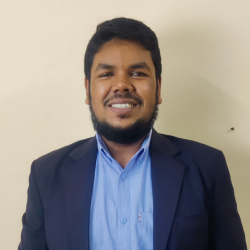 Aziz Murad
I'm Teaching Spoken English at AzizMurad.Com
Do You Want to Speak English Fluently? Join my Course-ONLINE from your home. Phone/What's App: +8801814-320 756

After reading this Past Tense article you’ll be able master on this topic.  You’ll discover all about past Tense including Past Tense Definitions, Past Tense Formula and Past Tense Examples and Exercises. Now, let’s talk about our most discussed topic. Well, Past tense describes the past event & the past state of being. In other words, the action was finished and the time is over.

Let’s see the Past Tense Examples to clarify the definition;

Above examples, first one is “drinking coffee” which wan a past event and in 2nd example, his mood of happiness was in the past situation or condition of health.

Now let’s look at the simple but illustrative info-graphic that will help you to have a quick view on the past tense details. 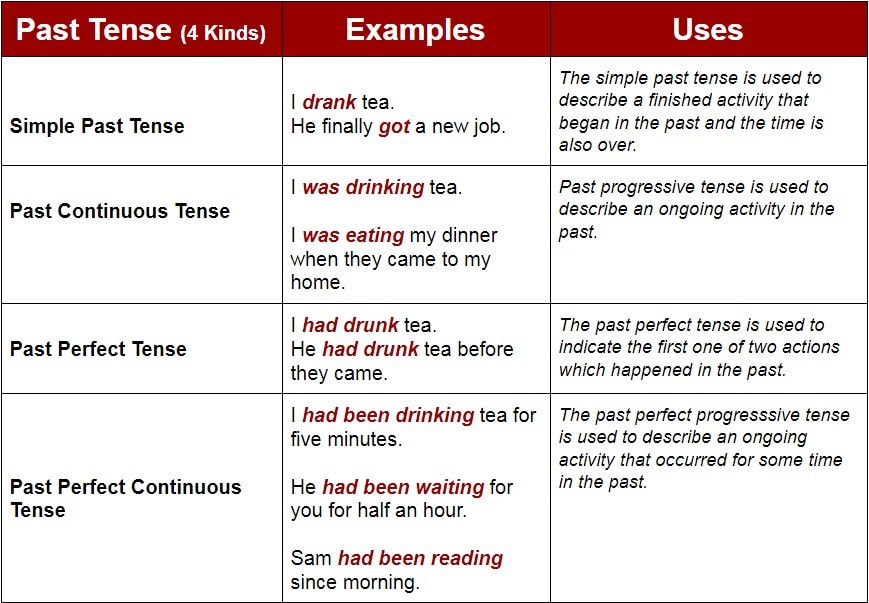 The Past Simple Tense is also called the Simple Past is used to describe the past actions that happened either at a specific time in the past. To clarify more, the action is finished and the time is over.

Sub + had + Verb (past participle) + Extension

Some more examples of Past Perfect Tense to clarify your understanding.

The Past Perfect Continuous Tense is used to describe an ongoing activity that occurred for a period of time or a point of time in the past.

Now, let’s look at the simple info-graphic that combines the 4 kinds of Past Tense 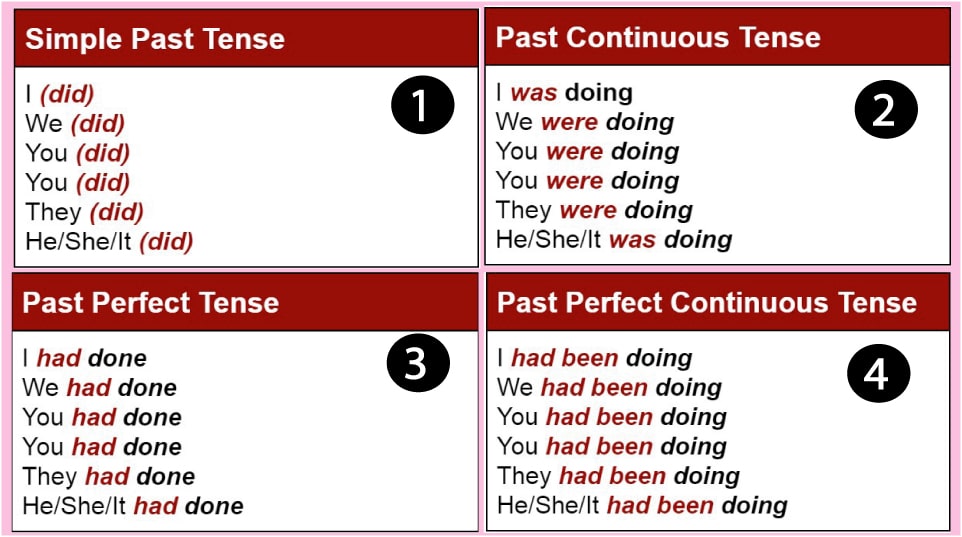 Thank You for reading this article